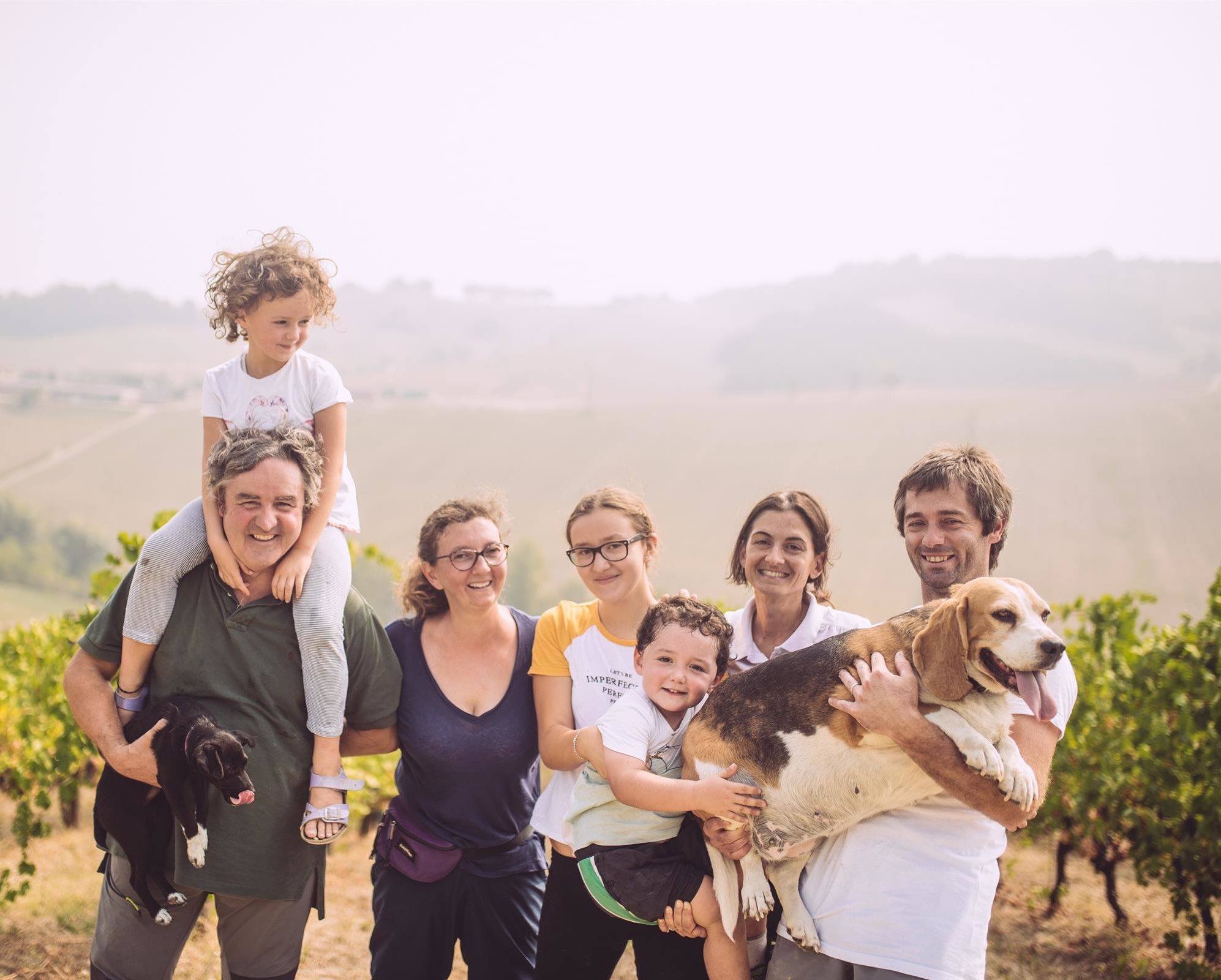 Camillo Donati represents one of the most genuine and authentic stories of the Emilia wine-growing region. Delving into the details of this rich and successful story reveals the true value of Lambrusco, a wine that is as misunderstood as it is praised. It has not always been smooth sailing for Italy's best-known sparkling red wine, and the wineries that have contributed to keeping the traditional roots of this wine alive are worth highlighting. In Felino, 20 kilometres south of Parma, in the most authentic corner of the Emilia region, Camillo Donati acts as a true preserver of the land, spokesman for an agricultural model of ancient heritage that today (more than ever) is becoming a standard to follow.

The Camillo Donati winery is 100% family-run. Initially it started with grandfather Orlando, the first to plant vines in 1930, and then later on with father Orlando. Camillo had two great and demanding masters, with whom he began taking his first steps in the vineyard, accumulating a wealth of farming wisdom, and then embarking on his path as an artisan. Today there are 15 hectares, divided into two distinct bodies. The first is on the hill of Sant'Andrea di Barbiano, at an altitude of about 300 metres, characterised by soils rich in clay, silt and limestone with a favourable south-eastern exposure, while the second is leased in the locality of Vidiana, 250 metres above sea level, with vines that are 30 years old. There is however only one philosophy in his approach to nature: no fertilisers or herbicides, but rather a great amount of biodiversity between the vines.

Camillo Donati's wines are solid, simple and territorial. He does not use selected yeasts, but rather prepares different pied de cuve from his own grapes only. He doesn't control the temperature and doesn't use any kind of clarification or filtration technique. The undisputed 'kings' of the winery remain the re-fermented wines in the bottle, the natural sparkling wines that Camillo, together with other winemakers in the 'Emilia Sur Li' group, is committed to promoting and communicating. "All this is not just a job for us, but a way of living, which allows us to live in harmony with Nature, sharing the wonderful annual cycle of the vine and savouring the changing seasons". This is how Camillo writes, and how this profession should be done!